When I arrived in Vienna in the glorious days of September, shops and restaurants were open, my university classes were all happening in person, and myself and my housemates here at the Mediatrix-Heim were buzzing all over the city in the evenings. But if I thought this would be my lifestyle for the rest of the year, I was naïve and mistaken, for the arrival of lockdown quickly cancelled all plans and left us hanging about around our Studentinnenheim instead. Spending more time together than perhaps we normally would have done has however resulted in lots of cake, stronger friendships and a greater sense of community, which I’ll always look back on with gratefulness and fondness.

Here’s a sneak peek into what we’ve been up to this semester so far, which I hope will inspire you to get through what will hopefully be the last few weeks of lockdown! By Anna Whitehead

It wouldn’t be lockdown if there wasn’t a freshly made banana bread lurking about somewhere, would it now? Banana bread has become a classic bake of the past year, and to my delight, one that looks like it’s here to stay. One of the many small joys of living in the Mediatrix-Heim is the weekly trip a few housemates make to the Brunnenmarkt on a Monday evening to collect leftover produce which would otherwise be thrown away. ‘Foodsharing’ helps to reduce the enormous amount of waste by salvaging perfectly good food, which often might just look a little odd or brown – as is the case with the immense number of bananas our house has consumed over the year. Hosting a Banana Bread contest was therefore not only a fun way to spend the evening, but also helped saved the lives of many Brunnenmarkt Bananas! Each bake was assigned a number, and after blind-tasting all of them and counting up the votes, we crowned a rightful Banana Bread champion. There was impressive variety too – chocolate chip, cinnamon, tahini – you name it, we had it.

Hosting a Film Night is by far one of the easiest ideas for a WG-Abend – no shopping, cooking or rotten bananas needed. Choosing a film beforehand and setting a specific day and time is definitely the way to go – if not, finding a film that everyone wants to watch will most likely take up a fair share of your evening. Having recently found out that ‘The Sound of Music’ is not nearly as popular or as well-known among Austrians and Germans as it is in the rest of Europe, we decided to introduce our housemates to this clichéd film, which follows the life of Fräulein Maria as she leaves the convent to join the von Trapp family as their nanny. The film is set in Salzburg, and after nearly three hours of singing along, we decided that a Sound-of-Music tour to Salzburg as soon as lockdown allows is certainly in order. Another film given the Mediatrix-Heim seal of approval is the French film ‘Les Choristes’ – or ‘Die Kinder des Monsieur Mathieu’ as it’s titled in German. A heart-warming tale about the venture of one teacher to teach a boarding school full of delinquent boys how to sing, with a soundtrack so beautiful you’ve probably heard it on Spotify without realising.

I have to admit that my motivation to learn German is strongly linked to the game ‘Die Werwölfe von Düsterwald’, which I often played in German class in a fun attempt to improve our language skills. I therefore felt that the hours I had spent struggling to articulate myself when I was younger were finally paying off when we played as a house last weekend. Games such as ‘Werwölfe’ or ‘Taboo’ are great as they don’t need anything – only a couple of slips of paper with the different roles – and can involve as many people as there are. Boardgames such as Cluedo are also good fun – and we’d recommend putting on dramatic music in the background and perhaps even dressing up as the characters if you want to take your games’ night to the next level! Playing games is an especially excellent way to get to know each other and diffuses any awkwardness there might be – although having said that, the round of accusations in ‘Die Werwölfe von Düsterwald’ has the potential to get quite heated…

If organising a Film or Games Night is still too much effort after a day at your laptop, then there’s a sneaky solution – let someone else organise the event for you! Here at the Mediatrix-Heim we’ve been enjoying live-streaming events from the KHG Wien into our TV Room in the basement. Although nothing can replace the buzz of in-person events, it’s still a fun way to connect with a wider community and engage with interesting themes and questions. We particularly enjoyed the Kahoot! online quiz challenge against the other student homes, which was both the start of our group identity as ‘Währinggirls’ (theMediatrix-Heim being situated on Währinger Gürtel) and the 5kg of spaghetti which we won as a prize. I can assure you that 5kg of spaghetti is a lot more than it sounds and rumour has it we’re still eating spaghetti, months down the line.

#5 Brunch in the Garden

As we head towards June, the weather is certainly getting warmer and the days pleasantly longer, so we’ve been making the most of it by escaping from the basement (which inevitably turns into a study zone during the week) into the garden for mealtimes. A ‘potluck’ where everyone prepares one dish is always good fun and means less cooking and stress for all! Living with a diverse range of international students always makes it particularly exciting as more often than not, someone cooks something from their home cuisine which you haven’t tasted before. Sunday brunches seem to be becoming a tradition at the Mediatrix-Heim – a lovely way to spend a lazy morning and catch up with everyone at the end of a hectic week. It might not be my favourite full English breakfast, but a leisurely Sunday brunch in the garden with home-made pancakes is definitely up there on my list of top weekend activities.

So there we have it – 5 fun suggestions for spending time with your housemates and creating a cosy sense of community, or as that handy German word puts it, ‘Gemeinschaftsgefühl’. Maybe you’re feeling inspired to message the group and organise something for the weekend, or maybe you’ve come up with your own creative ideas. And who knows, maybe by the time you’ve finished a game of ‘Werwölfe’ or Speedy Badminton, as I believe those at Thomas-Morus-Heim are inclined to enjoy, the lockdown will be over. Maybe. Just maybe.

I'm Anna Whitehead and I’m a newcomer to Vienna, having made the decision to trade the dusty bookshelves of the University of Cambridge for all the Kaffee, Kuchen und Kultur that an Erasmus year at the Universität Wien would offer! I’m interested in Austrian literature and politics, enjoy learning languages and telling questionable puns. You can find a couple of stories over at https://annaw51.wixsite.com/annadventurelog, as well as a few snaps on the gram - @anna_whitehead11.

The Mediatrix-Heim is exclusively available to female residents. Small, yet perfectly formed, it offers space for 39 students. A further special feature is the building’s beautiful inner courtyard, which invites you to relax during your well-earned breaks from studying. The location in the beautiful 18th district, surrounded by lovely little places and close to the U6 stop Währinger Straße, is ideal for students who appreciate a short route to university and would like to explore the city in their free time. 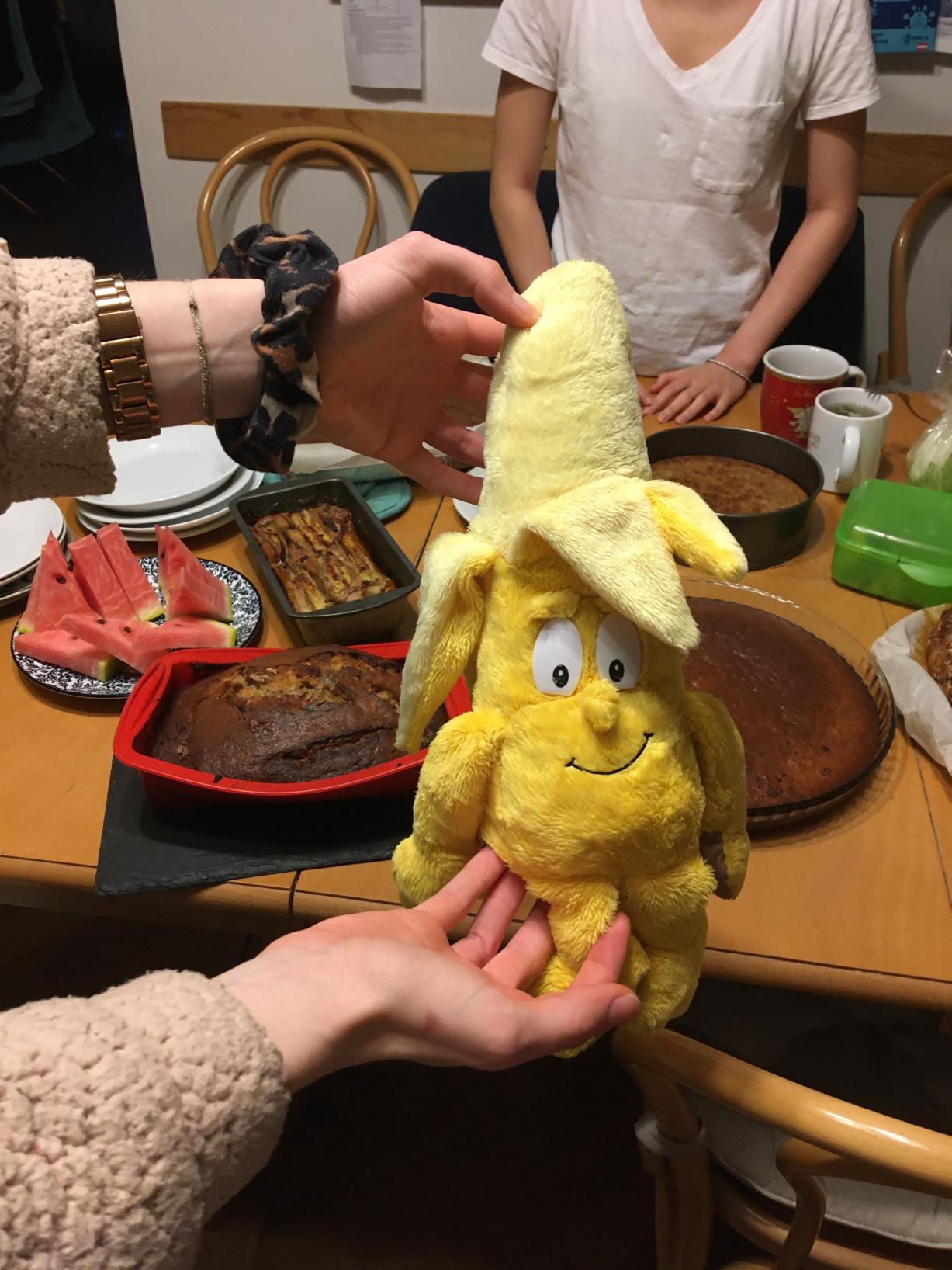